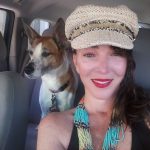 June 21, 2021
The reason for two ears and one mouth is to ‘listen’ more than talking! Joining a big Corporation in NYC out of college, one thing stressed in our sales meetings were, ‘shut up and listen! Another good complimentary advise with that was the acronym, ‘KISS – keep it simple, stupid’. Talking too much (a tsunami of the lips) for the listener to care or pay attention to is being too self absorbed and insensitive to the hopeful listener.

Talking over people is akin to quickly going thru a red light rather than
stopping as a courtesy and respect for others. I recall one friend who was so non stop talking, that I could put the phone down and come back minutes later, and he would still be talking. Of course, that sounds impolite too, but over time I’d asked him to tune in to the art of two way communication which involves empathy for the others feelings.

Why be attached to your bad habits, or the fear of getting others opinion about them, especially those who you value as having common sense, and having a constructive criticism. Worse yet perhaps is to ignore a habit that annoys others rationalizing because no one says anything (out of politeness or fear of your reaction) that is symptomatic of selfishness. Continued non correction of unthoughtful outer behavior is a reflection of an inner

reaction to unresolved issues. It’s a given natural to want freedom, yet we put ourselves often in the shackles of our own rigidness to positive change.

Listen to the heart speak its volumes while seeking its

unison with the receiver. Words are overrated and the volume of hearing automatically goes down with lack of or feigned interest. Certainly

there is a time for words, but best when in synchronicity with conscious openness and sensitivity. Words in print allow for keeping in precise tune with no overtaking.

Sometime the ‘sounds of silence’ can open a new world of communication that
mysteriously foments a deeper understanding and friendship. Words can clutter the

mind such that many are in a ‘word jail’ or life with them shackled in prison. Intellect is of the mind, and it’s good to have the ‘intelligence’ to know when to let it go and enjoy the nature of just being in a healthy, calm, smiling way. You are ‘saved’ when in harmony with all! A smile is wordless!