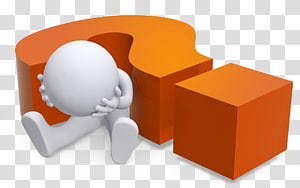 Life can be funny and yet like a tragic comedy from an outsides viewpoint. Like the husband who lets his wife get fatter while he makes more money so he can ‘cheat’, and she’ll ignore because she’s ‘stuck’…need I go on? Very common among, especially, ‘white collar’ males. Now, the fat wife is analogous to the masses who are not paying attention. The male is the politician and money men who are doing what they want and even if caught, wiggle out of it. It’s a cartoon game where 90%+adults in these times are letting themselves be played. Focus on racism is mostly a joke. It’s ‘male-ism’ that’s the real problem. Manipulate, dominate, and control (M,D, & C), and when males have power, however little it can be, they ‘M,D, &C’ especially when they are in a very strong position with minions to help them enforce it, then they play the hide and seek lie game.

Like the wife with the cheating husband – she’s allowed it. Those who can’t understand that they might be the kuckhold’s she’s being, and are just treading water in life while ignoring how they are being ‘man’ipulated. Sadly, it’s a bad cartoon and any God is shaking its head. The majority are being whimps and unknowingly playing into ‘the devil’s hands’.

Knowledge of one’s environment, both on personal and social levels is key to not just existing as a human vegetable. We are in the most remarkable of times as any in the history of the universe, at least as we are aware of. Now and tomorrow are ‘now’. All the possibilities for evolving both personally and socially into superhumans, rather than being idiots inspite of having all the ‘tools’ needed for what you, are now here. Those thousands of generations that came before you would love to see what they suffered and gave so much for. Are you ‘that’ or at least you are on the move toward being and if not – start right here by looking at everything as a positive opportunity.

Let go and always be letting go of all the negative that encumbers you wherever you go year after year. Start by letting go of things that occur in the moment which you want gone. It may take a few minutes, hours, or days. Internal pains may be natures way of showing you your heartfelt humanness. Always be mindful of others, but not by ways that are not sensitive. Communicate, both giving and receiving in a harmonious way. You are the sacred example of a divine spirit within a human temple called the body. You are a blessed one!