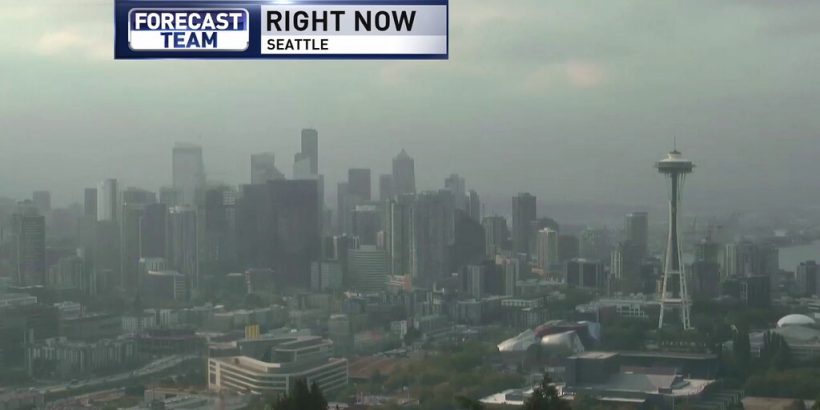 Is it this or is it that or …? Many things seem to not make sense since not all the facts are known. This early morning of dawn, I walked a few blocks to Starbucks and with the wildfire smoke combined with a wet chill in the air, I could see more than a block and a half ahead. It was unclear what part was smoke as most of Western Oregon is experiencing from wild fires of unknown origins and geoengineering. Many things to different degrees are unclear to this advancing or erupting world at this time.

One thing for sure, in spite of those who are informed and stay informed, it’s a collective uncaring, ignorant, uninformed condition of the human collective mind and heart to adjust to a new world exacerbated by the Covid virus apparently starting with the Wuhan labs in China according to ‘whistleblowers’ from that source. Although there is not total clarity if it was encouraged by just the Chinese lab workers directed by Chinese political establishment, or were others instrumental for a ‘cover’ as the economy falls and city riots occur while politics seems to do little at this point to change the situation? Is it just an unplanned situation for politics and controllers to further an agenda? The future  is not coming…it’s already here.

Like this condition, it’s clear, that a greater percent needs to unclear their unawareness of who they are inside, and to then effect positive change in the world. One reason Hitler lost World War II was that he did not fully understand the situation. Bearers of bad news were punished. Soon no one dared tell him the truth. Not knowing the truth, he could not act appropriately.

Many of us are individually guilty of the same error. We do not like to admit to ourselves our mistakes, errors, shortcomings, or ever admit we have been in the wrong. And because we will not see the truth, we cannot act appropriately. Someone has said that it is a good exercise to daily admit one painful fact about ourselves to ourselves. Look for and seek out true information concerning yourself, your problems, other people, or situations, whether it is good news or bad news. Adopt the motto – “It doesn’t matter who’s right, but what’s right.” Admit your mistakes and errors but don’t cry over them. Correct them and go forward. In dealing with other people, try to see the situation from their point of view as well as your own. The less you respond to negative people, the more positive your life will become.”

Your brain is the battlefield of the future with evolving modulation techniques that are here now to control and take over the mind. A deep self love clears the path for the harmonious balance of the heart and brain. It’s time to set yourself free by letting go and bringing in new habits and energy!
Arhata~