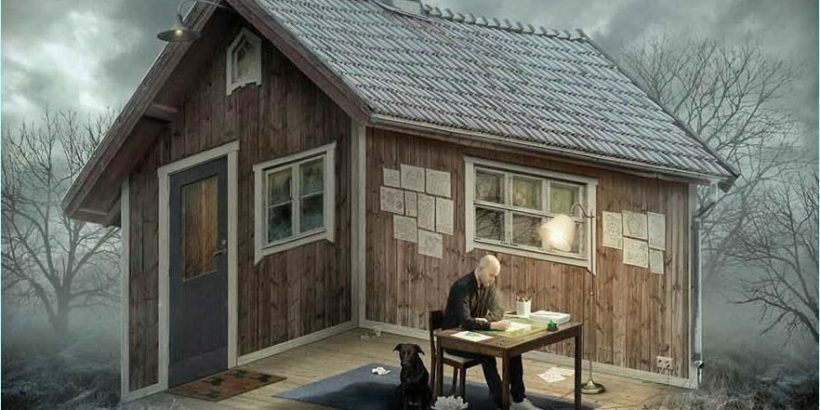 Outside 💚or Inside ❤️

Are you on the ‘outside’ of you thinking you’re seeing the real inside of you? Humanity is conditioned to not evaluate deeply what’s affecting them. Consequently, people jump to conclusions with what appears to be the evidence without considering that your interpretation may be wrong or the source is relying what’s most likely to be accepted without questioning.

In a sense, we are easily duped or more accurately, don’t see the whole picture, maybe because we couldn’t handle the whole truth. Who knows?

Can you see through it what’s not meant for most to see? Sometimes it’s better to avoid letting others see what would cause them to much negative ‘kickback’. Consideration must be given to the probable consequences without having not considered ones with integrities importance. When dealing with millions of people, a government has to weigh how to educate the masses  knowing that perhaps, and hopefully, a minority will see through a  discreet or carefully worded information with no support of sides, but knowing the masses are either likely uninformed, unprepared, or apathetic to seeing the whole picture.

An example of ‘outsiders’ not having the benefit of insiders, be it fair or not, is on Wall St. while having a deal that makes a lot of money. Obviously, those closest and more informed stand a chance to benefitting more. It’s called ‘being the insider.  The same thing applies to all situation like in sports. Those who are with ‘outside’ skills required to be a professional, need watch those who best play the sport be the ‘insider’ or best qualified to play.

On a personal level, the question is, how open and prepared are you to see beyond belief and cultural mores? Who, what, why and how is it that you are here, and what’s beyond this dimension waiting for you. Each is at a different development and openness to see and hear at the level which they can grasp. Religions, still vital at this time for most, provide answers of belief, faith and hope for the individual and society as a whole as both outside and inside information. Delving deeper into the qualities of deep love and the ‘spiritual’, more doors open as the mind and heart are cleared of obstacles often that create a dependency. Death is a doorway either for ‘belief systems’, or to dimensions not easily seen within any particular religion.

Death is not the end, but the beginning of a new life. Yes, it is an end of something that is already dead. It is also a crescendo of what we call life, although very few know what life is. They live, but they live in such ignorance that they never encounter their own life. And it is impossible for these people to know their own death, because death is the ultimate experience of this life, and the beginning experience of another. Death is the door between two lives; ‘one is left behind, one is waiting ahead. Look deep for answers.
Arhata