To Whom It May Concern,

I’m protesting to my being banned as an upstanding senior citizen for entry into Trader Joe’s.

AS a 27 year veteran of doing the ‘world’s largest free speech display’, and which I currently am in my 2nd year of doing in front of the ‘Federal Courthouse’ at Pioneer Sq), I feel it my duty to address an unconstitutional political abuse of my and others freedoms of living.

On Thursday June 18 at Trader Joe’s in the Hollywood District of Portland, Or. I was ‘banned’ from further entry and shopping. Why? I had spent two minutes questioning 3 management (?) men about the edict dictated by Gov. Kate Brown of not letting anyone in the State of Oregon shop for food without a mask. I pointed out that on most days one or two people died of alleged ‘covid19’ in Portland. At this late date because of that, especially considering the destruction of downtown by masked thugs and so many other obvious things like, ‘how effective are masks, especially the bandana ones that are welcome to shop, that this edict feels like Nazi Germany.

I’m not asking for a special privilege to shop without a mask, but for everyone to have that choice immediately at Trader Joe’s & in the state of Oregon. Without more words, I have added a famous saying below as well as a foto of my free speech display which will be displayed in support of the First Amendment free speech rights:

First they came for the communists, and I did not speak out because I was not a Communist 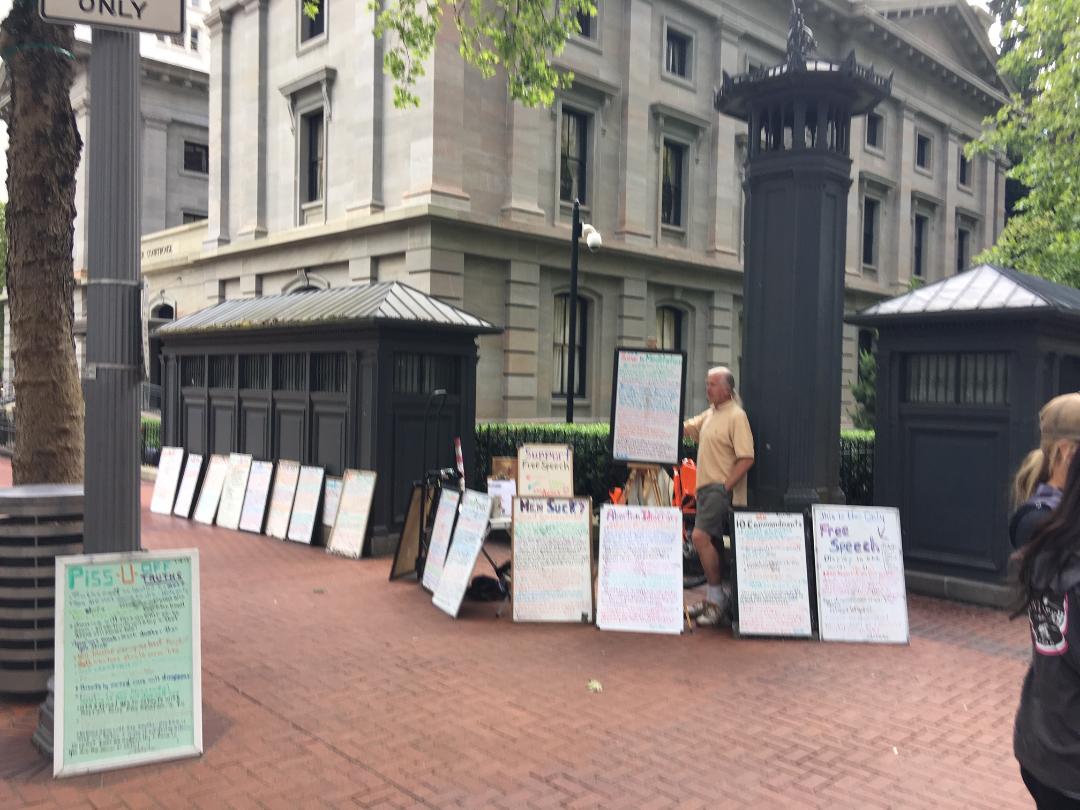