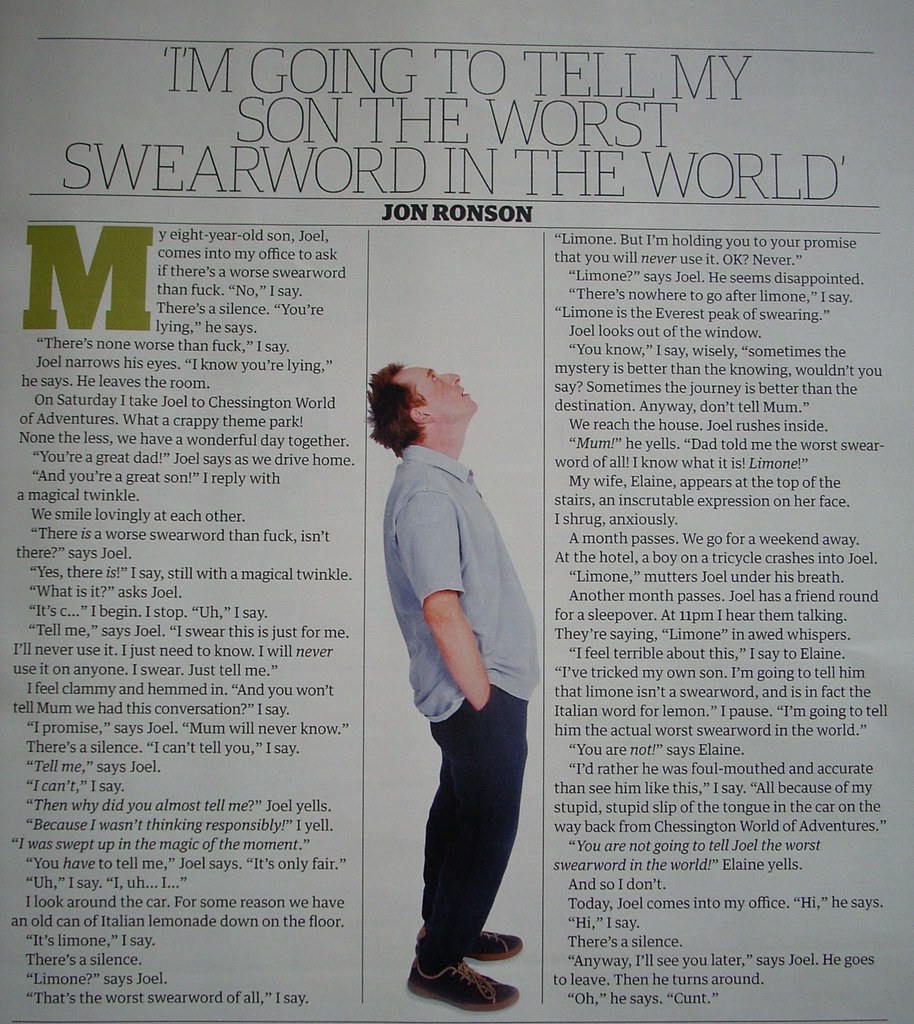 May 21, 2016
The healthy, open minded person looks at all words in a positive light! What you resist hearing is what you need to hear! Every language has a ‘matrix’ of word control of others. Some of the words are socially unacceptable as inappropriate, and even harbingers of serious consequences from job losses to angry reactions. Most people can be controlled to have negative reactions with three words or less particularly when appropriately timed. This is certainly the case with people who have programming from their early social/parental conditioning that often is ‘religion based’, schooling, trauma memory, and just learned from ones cultural environment.
Selected words used at certain moments have great enhancement value for the interaction going on, be it negative or positive. The more ‘limits’ one allows perception of, the more the memory brain is controlled for reaction/response. One persons interpretation of a ‘swear word’ can differ entirely from another, and of course where ‘different languages’ are involved. Words are just sounds and can have infinite meanings to the ears of the mind. Take the word, ‘hello’ (inspite of it being an example of adding one letter, ‘’o’’, can be said in a spectrum of emotional, mental ways to evoke many moods. Many swear words are not with one letter dropped and another replaced, i.e.., ship.
For the consciously, spiritually evolved, word usage, particularly those society has deemed unacceptable ‘currently’, have no judgments in giving or receiving any  language that can’t be converted into a neutral or positive meaning. Life has many other matters that are far more important than someone’s perceived wrong use of language. Words with a bit of swagger should just be listened to or perhaps responded to with a little humor. In my meditation groups in Venice Beach, I had one catharting, ‘let go’ mediation I called ‘Swearing ‘glossolalia’ where everyone closed their eyes for half an hour and said out loud any words that others deemed ‘inappropriate’. At the end, people would lie down with eyes closed, and just be the watcher of any thoughts or emptiness. The mind needs ‘releasing’ of what it imprisons!
Perceptions that create judgments of another’s use of language is a sample of programmed, dualistic thinking that exemplifies a lack of freedom of speech from both you and the receiver. Always seek to go deeper in self love where negative judgments will be overcome by understanding and compassion for wherever someone else is coming from. All words have within them the seed of positive meaning. Silence is the best communication, but then again some are even offended anyway!
I am reminded of a thought I saw on ‘Heaven and Hell’: ‘How can heaven and hell coexist? How can any sane and loving human being knowing that millions of people, innocent or not, are being tortured for eternity? The heaven is a place void of empathy. An asylum for psychopaths. How is this heaven good?’ Judge everyone with the most possible positivity imaginable, even in their use of language!