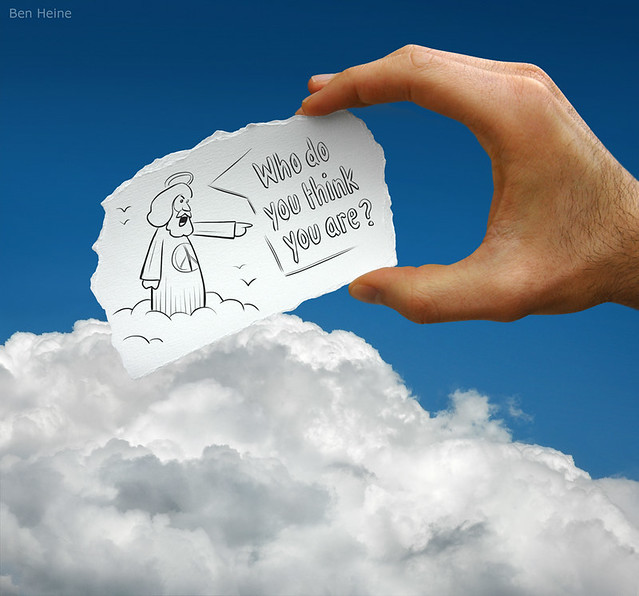 October 16, 2015
All words are cultural imaginations that mean nothing to those not tuned into that particular culture. Words can become ‘control sounds’ for those anesthetized to thinking outside of their programming by those in society who live in a mind box of seeing everything less than in the best light. Both god and dam(n) have different meanings to everyone with some in agreement and others not.
My sources say that ‘goddam’ was first used in 1928! Since then the masses have become a slave to an imagined meaning ever passing the fear of usage on to little children, and using fear of punishment as a control device. Fact is ‘dam’ is a form of blocking. We build dams to control the flow of ‘water’. One could say a dam blocks the flow of god, but it really blocks the ‘flow of individual thinking’ outside of religion’s programming to see that the word ‘god’ is man’s invention in the English speaking language to represent the source of all life. God is a name for English speaking people to represent the life force, and yet those two words are arbitrary. There is no agreed upon definition of ‘god’ yet people create their own box where they pull up the letters with nothing but a hollow meaning. Really, can anyone love anything deeply without loving themselves let alone an invisible ‘they don’t really know what’.
A ‘dam’ blocks the flow of inner love from happening because of unresolved issues being the ‘rocks’ that change or  stop the flow. For those who say god is love, how can anyone who doesn’t know ‘love’s depths’ know what ‘god’ is? Truth is silent! Words are an invention that can be useful, of course, but often misused, and made more so by those with an agenda of controlling you. Then you misuse them to further control others. Maybe researchers who are experimenting with transcranial magnetic stimulation that creates shutting down of certain groups of neurons in the brain will result, as some experts say, in reducing not only ‘depression’, but prejudices and perceptions that are attached to erroneous beliefs, in this case, what god is!
‘Goddamn’ need not be compartmentalized in your head as an unnecessary selection to caste judgement on anyone’s mind. Never let any word control your nervous system so that anyone can cause you negative reactions. Let yourself be the ‘rule maker’ of what is, and in the most possible, flexible light possible. Use your ‘magic wand’ of the harmony of the all seeing mind and all feeling heart to turn all negative into an opportunity to learn for the best answers. The heart is beyond words – try it more! Arhata~