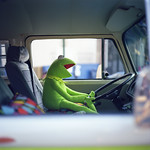 May 12, 2014
Ya gotta keep your head up and open to let the energy of the heart flow up and down! The mind is a great thing but useless in the long run without the connection to the heart. An intellectual and a retarded person are the two polarities of the mind. All so called ‘dumb’ people are indeed smarter than intellectuals in infinite ways, but in instances that don’t result in abilities to conceptualize in a large variety of ways. The polarities usually meet in a circle ‘back to back’ when it comes to the ability to balance with their hidden emotional qualities.

Everyone is ‘dumb’ in infinite ways. That being said, we are blessed with many so called ‘brains’ other than the ‘left brain-right brain’ combination above the shoulders. There is the primal instinct or intuition brain, the lower brain between the legs that has a mind of its own; then there is the ‘gut brain’ that occasionally has primal gut feelings; there is the huge brain of the heart that is the major controller of love’s many aspects; each cell in our bodies has a brain too, the list is endless. Oh, and currently we have internet access to a ‘brain supplement’ now called, google for ‘googling the answers to questions’!

It seems, from my experiences, with many intellectuals of one degree or another, that they have a smaller range of emotions, some even becoming psychopaths who use their brain power to focus on manipulating people. People who are in positions of power over others be they a politician, religion leader, CEO of a major corporation, very wealthy, etc.

The key to being human in the highest manner is to be balanced with the mental and emotions. Of course, one with a keep intellect is fortunate for themselves and others if balanced by common sense, compassion, and a general love of life. Intellect and intelligence are similar at least in appearance, but only in appearance. The intellectual person is not necessarily intelligent and the intelligent person is not necessarily intellectual. You can find a farmer so intelligent that even a very great professor, a very great intellectual, will look like a pygmy in front of him. Intuition is frequently the master over the intellect.

The ‘intellectual’ is always having more than their share of difficulties with love’s expression. Who wants to listen endlessly to an ego of an intellect, when the heart yearns for the deep energy of emotion? On the other hand, skewed to the emotional has it’s same, but different way of repelling balance and common sense.  Be aware and in the heart, and enjoy the balance of being a more conscious ‘being human’ the way of inspired ‘godliness’.