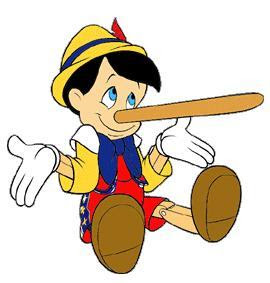 January 15, 2011
Why do I love Jews more than other representatives of religions?  I have asked myself that many times over the last several years. ‘They treat me better’ is always my main answer, however, Jews like any group have their ones who bring shame and negative attention to the positive meaning of their chosen way of life. Surely their ‘mythical archetype’ referred to as Jesus, has been an inspiration to millions of those who needed to have hope and meaning to their lives.

Like the ‘mythical Jesus’ whose words of ‘turning the other cheek’, and ‘love your enemies’ have created a softer human kind ….at least for some. Several years ago, I felt tested by those words as I did my ‘world’s largest display of free speech’ on the famed Venice Beach boardwalk one Saturday. On that Saturday afternoon, I had my typical 300’ display of ‘shock words of consciousness’ out on 50 boards when 3 young Israeli ‘ex or on-leave soldiers’ came up to me with a few ‘unreturned’ words of apparent disgust and judgment at a ‘misinterpreted writing’. Within seconds, they mustered up a ‘3 way spit’ to the face of yours truly with words of warning. After wiping off the ‘anger’ that represented millions of angry judgmental people from all walks of life, I was back to my greeting other more civil passersby before going across the boardwalk for a ‘veggie dog’.

There was nothing to be read that was not conscious inspite of some humor, but people have issues, and rush to judgment ….everywhere. The ‘lights of humanity’ are on like never before, exposing ancient belief systems as well as unresolved karma not only in one’s immediate life but dating back in the human race since whenever the beginning was. No day goes by without reminders of the sickness of human individuals, and humankind that leaves lasting effects that are left to the more positive to clear up.

Mixing good with bad is to pollute the positive within us all. Now that we are ‘aware’ of each other’s presence in the world because of the advent of technological marvels of computers, we each need to accept that all godliness comes from the marvel of the brain and heart of each. Rising above the ‘frays of this exposed world’ is now more than ever, an opportunity to turn ignorance, apathy, anger, and fears into the challenge of finding the love within, and how much shorter is that route than festering in the negative. The beautiful world of our dreams is no longer just a vision, but an opportunity for each individually and collectively to contribute their part ‘now and here’.
Arhata