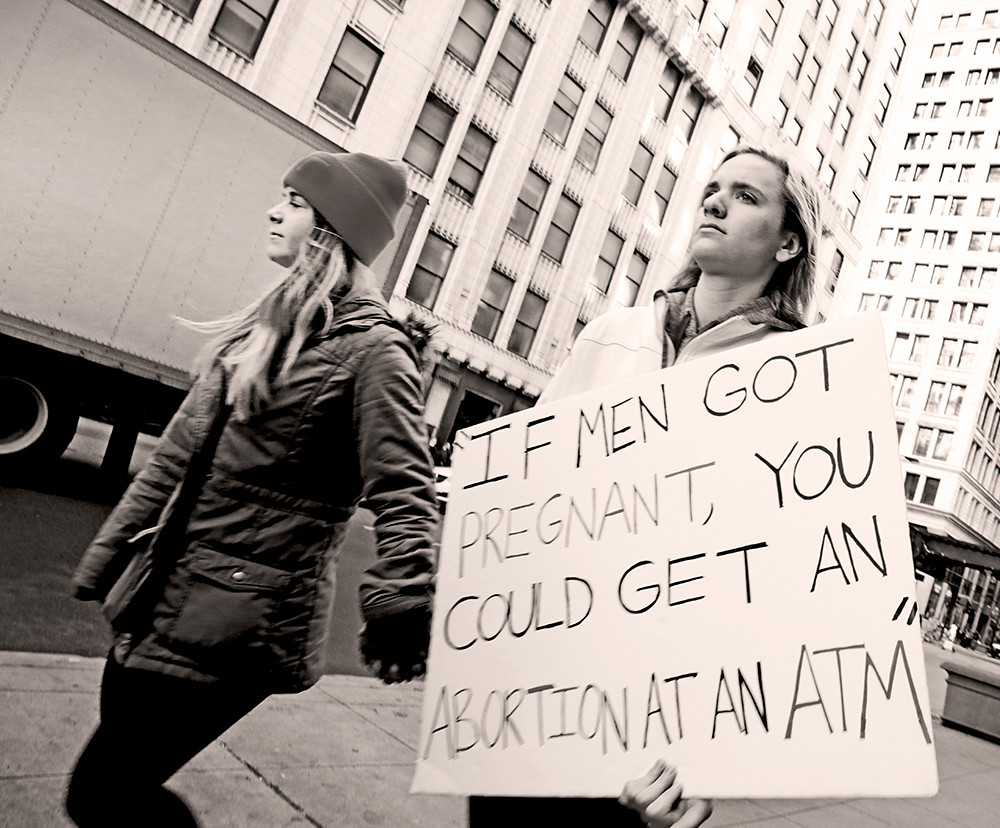 July 23, 2017
Cui Bono,  is a Latin expression meaning ‘who benefits’. The subject of ‘abortion’, or the termination of a pregnancy, is fraught with concern for what’s the right thing to do, and yet is a social wrestling with the women’s rights of being in control of her own body, and having a right to make common sense decisions for her future. Throughout history (which is his-story), ‘her-story’ has been manipulated, dominated, controlled, and silenced by male rule as if he speaks for the alleged ‘father in the sky’. The female’s DNA has been altered to accept that, if unwillingly, as her place in the world. Some women may seem a little crazy, but males likely helped that through the ages.
The invention and use of the ‘birth control’ pill opened a door of freedom in the 1960’s for women to see that they had rights equal to the collective male, and perhaps even more because of the millenniums of male abuse. Not that it’s the best option or not, but today a female can make her own mind up, and even doesn’t need a man to the point she can just go shopping at a ‘sperm bank’ for the best selection of genetics of a child she will bear.
I have a friend in Los Angeles, who was a centerfold for ‘Playgirl’, a male body/looks exposure magazine for women to enjoy. Because of that, he was selected to be a sperm  donor that would have appeal to perhaps hundreds of women. The female buys certain genetics to be coupled with hers for a child. Everybody, according to some ‘experts’, initially doesn’t come with a spirit that can be bought. Bodies don’t manufacture a spirit selection but enable a spirit at some point to select it. Some ‘adepts’ on the subject of reincarnating souls would say the soul has a mind, and selects its ‘container/temple’ commonly called the body. The spirit in another dimension doesn’t die.
The female gender has evolved to have a mind of its own rather than being puppeteered by a male mind, The ‘abortion agenda’ folks, dominated or mind controlled by politicians and religions, have cleverly manufactured every possibility even with disingenuous methods to make women’s rights of using common sense to make a decision best for her and the unborn a ‘no right’. Always question the motive.
Miscarriages of a baby happen much more frequently, and early in the pregnancy generally because nature has seen it necessary to abort because something is not right for the potential mother or the child. Women are most capable of micromanaging their bodies and souls with common sense and without outsiders dictums. For a better world we need a better male and an evolving woman who can take care of herself. In deep love of the inner self, all will make sense.
Arhata~