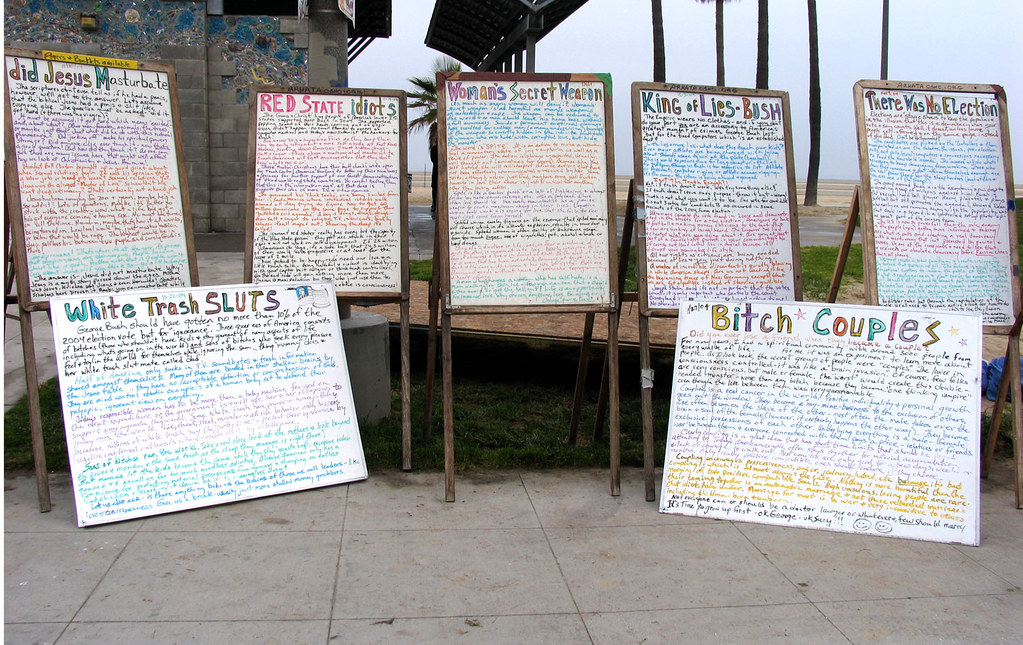 March 87, 2015
My underlying style of talking and writing is a technique that I developed in Los Angeles at Venice Beach as a means to use ‘hooks’ to catch people’s attention to words from my experience, heart, humor, and flow of consciousness.  An example might be from the ‘Beetles’ singing group being heavily influenced by the late John Lennon with his song writing and singing. Lennon, and the ‘Beetles’ in general, often had mystical like messages in their songs. In the song “Julia”, John Lennon says, “Half of what I say is meaningless, but I say it just to reach you.” This clearly means that half of what they say is meaningful, and the rest is just there to reach us. Likewise, but a far, far less percentage of ‘meaningless’ is in my style using ‘spiritual shock talk’.
In front of people from all walks of life from all over the world, I would, and do, use ‘shock titles’ that always morph into words that were mostly non shocking with a little humor to present conscious thoughts, and provoke thinking that evokes the consciousness for people who open their minds. Never in hundreds of public writings, or thousands by ‘private email’ are they anything but a positive way of looking at everything, even if they point out the ‘negative’ that I experience or see.
Certainly it’s about pushing people’s boundaries. Life begins at the end of your comfort zone. Most have a tape that plays round and round, over and over with very little new information that they can call their own. Be it religion beliefs from someone else thousands of years ago, or accumulated negative conditioning, few can walk tall while owning that they come from the heart, awareness, and the discernment to make decisions unique to themselves, or part of a higher social consciousness. The ‘you’ is  missing from life, making it a ‘robot-like’ existence, and missing the greatest moment in perhaps all the universe for what we know.
There are some who think I use shock titles in my public and private writings to provoke reaction. Certainly in public it catches (hooks) more readers, the one of several consequences is that some will be shocked or offended. Actually, that is just what it is as I write for many reasons, that not being one of the main ones. More open people will find it stimulating to read further, and will often be pleased if they read further. Part of the reason to write as I do is to tune in to the changing times where people want to read less for maximum results, as well as be entertained. Time is a factor with today’s people. Most haven’t taken the time to see what I took the time to see or experience because I had a special opportunity to do so. There is one soul, one mind, one being, and we are all unique variations of that! Be an ‘alarm clock’ to yourself, and with ‘skillful means’, anyone else. Society seems more and more dumbed down or anesthetized, but with small pockets of people really awakening. We all can experience the waking up that continues, and it never leaves us with enough, or asleep at the wheel of life! Arhata~