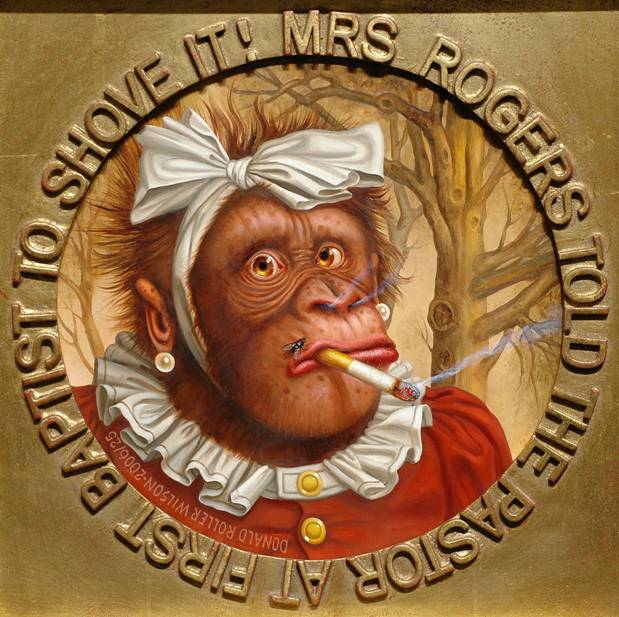 August 5, 2014
One thing that make Jews different than all religions is the popularity of telling all from childhood to ‘question, question, question’! This morning as I looked out my kitchen window into the fog, were two 3 month old baby deer very independent of each other just lying down staring off into space. Most animals have little if any discernable communication between them. Strangely, most humans use less than 10% of their capacity to communicate with each other. This weekend a couple at my free speech display let their 24 year old beautiful white parrot sit on my hand. Not only did it have a lot to say, but when I stuck my tongue out at it, it said, ‘I don’t like that’!
A popular English nursery rhyme dating back to the 18th century is, ‘There was an old woman who lived in a shoe’. There are many interpretations of what the verses mean. From my point of view, the title is particularly relative to people today who live in a ‘box’ of yesterday filled with ‘do’s and don’ts that become their lifestyle with little variation up ’til death. Many wear the same ole shoe or mindset that they took from their childhood with few adapting variations as what ‘defines them’.
Like the little deer, that munch grass and greens while staring ahead, most have nothing to talk about  other than the mundane. Fear of stepping outside of the ‘old shoe’ to inquire about who they really are beyond the ‘facade’ that they call themselves is a ‘no go to zone’, even if it comes up in conversation. Today is the age of ‘everything’ especially communication of knowing ourselves, and paying attention to what’s going on in the world. Billions are trapped asleep in their old shoe,  with a few 10’s of millions who are free by ever expanding their minds and hearts.
Before anything can happen in your evolution, you need to sit in the self where you will begin to feel an energy you never felt before. Why be absorbed in your melodramas? Sit relaxed in the seat of your awareness, breathing slowly, and beginning to feel the energy spirit come up from within. Hang out with ‘self’ rather than all the inner disturbances. Just stop being involved with loneliness, depression, meaningless distractions, bad habits, negativity, etc.  Awareness releases the shrapnel of the mind. A sense of freedom coming in awareness will cancel inner conflicts, and allow you to just watch inner disturbances. The inner flow is a sense of bliss where you will walk in the world rather that the riff raff of the world walking within you.
‘’It may sound odd, but the fastest way to get to a new-and-improved situation is to make peace with your current situation. By making lists of the most positive aspects you can find about your current situation, you then release your resistance to the improvements that are waiting for you. But if you rail against the injustices of your current situation, you hold yourself in vibrational alignment with what YOU DO NOT WANT, and you cannot then move in the direction of improvement. It defies Law.’’
Deep, relaxed breathing brings awareness bringing up love enveloping your whole being!
Arhata